The long long winter is over!

The sakura trees at the Kuromonmae Ryokuchi located right in front of Shiro have fully blossomed! 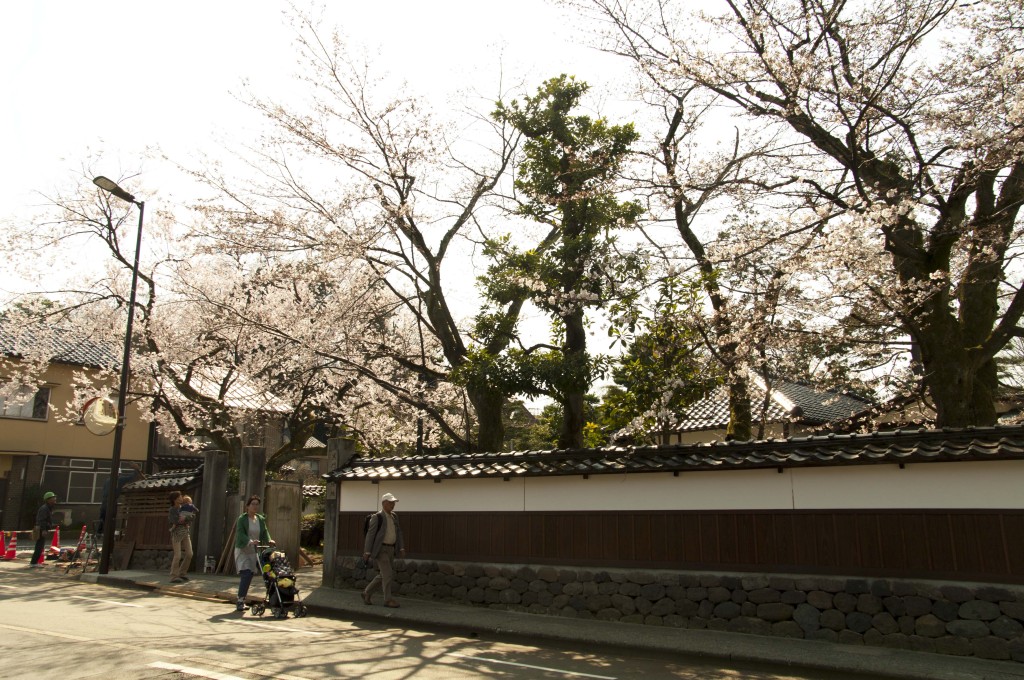 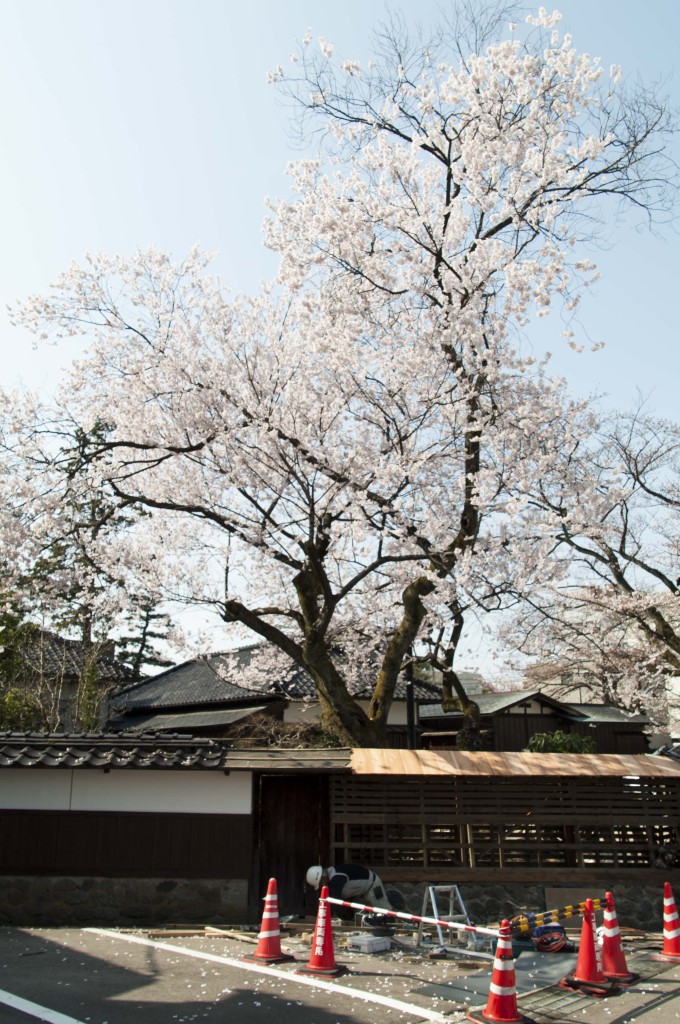 Some walked by and picked up some sakura petals. 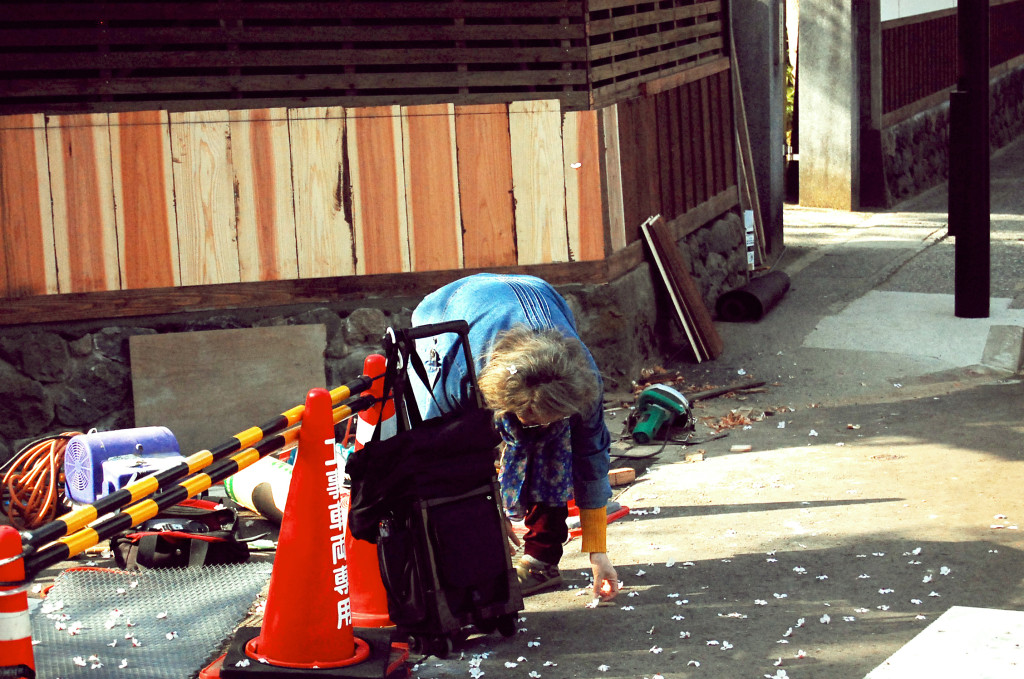 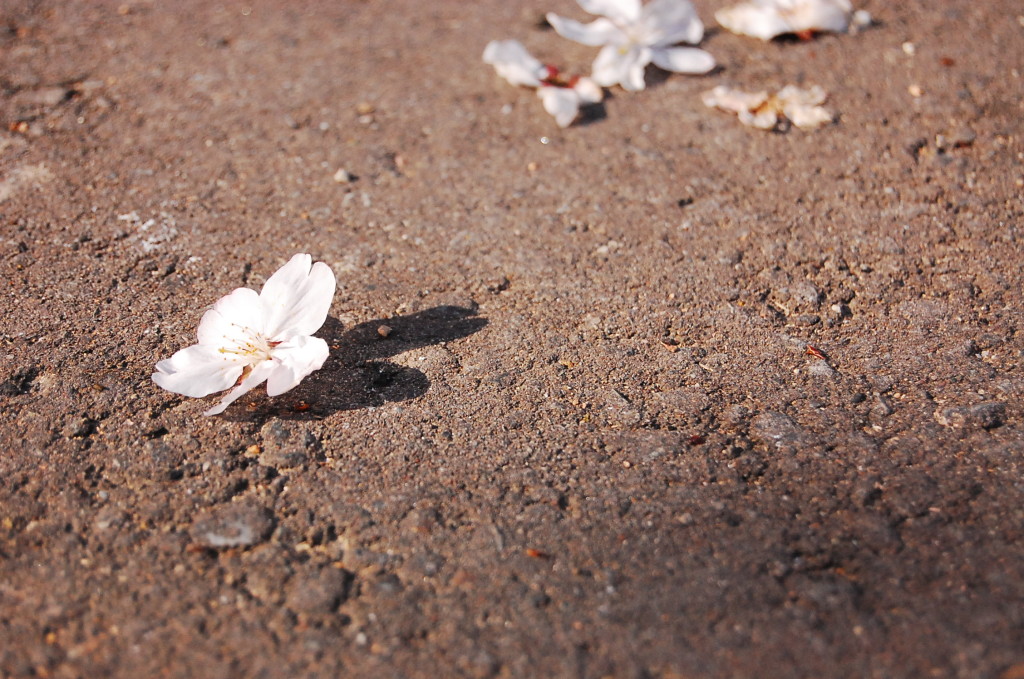 Looks like some petals did not fall naturally by the wind. 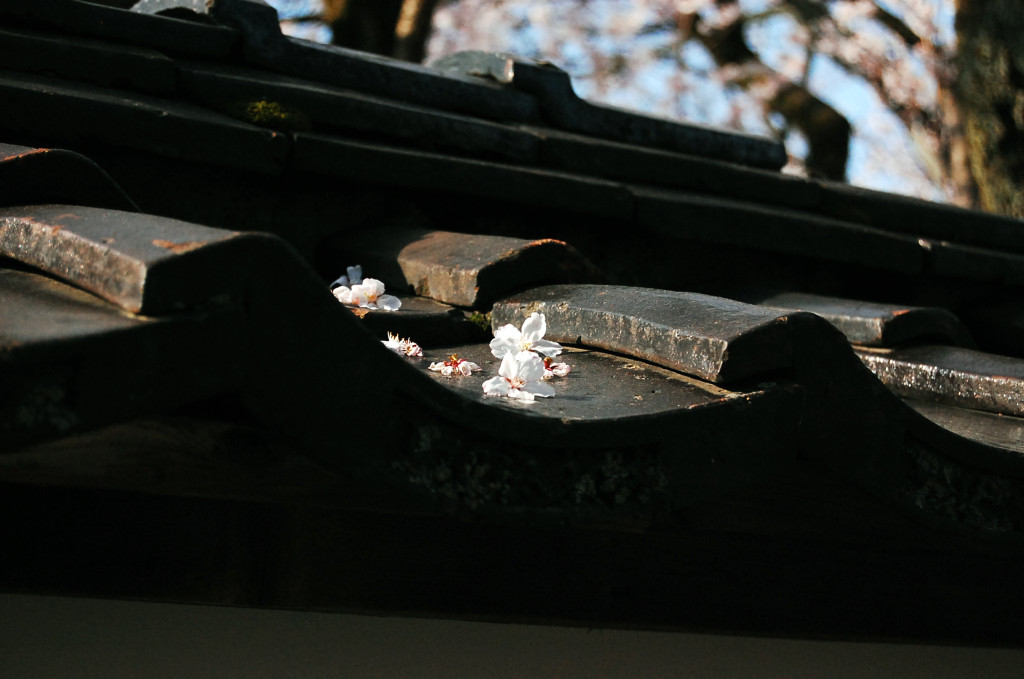 Looking up, the sky was filled with the beautiful sakura. 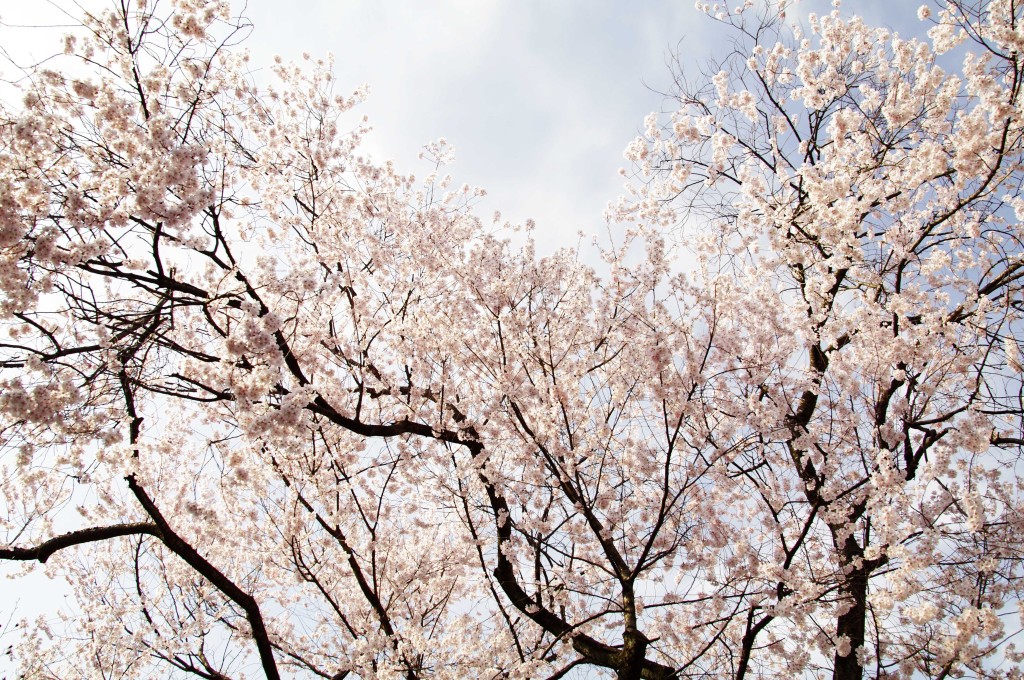 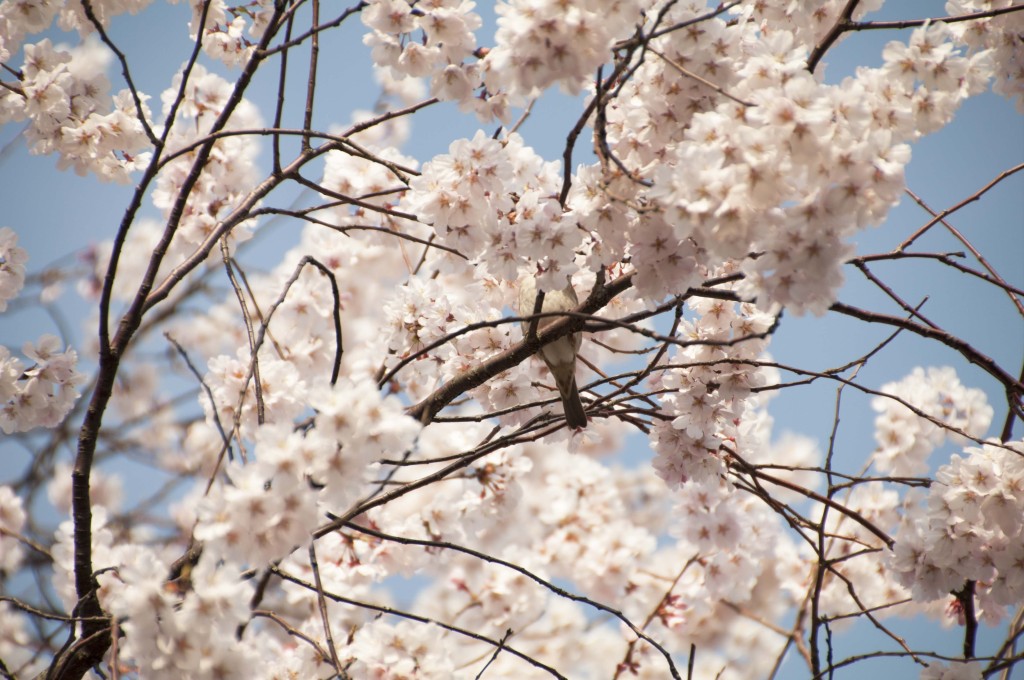 It was this bird that was dropping the petals.

This is a view of the road  that leads into the Kanazawa castle from the black gate. The road stretches straight. 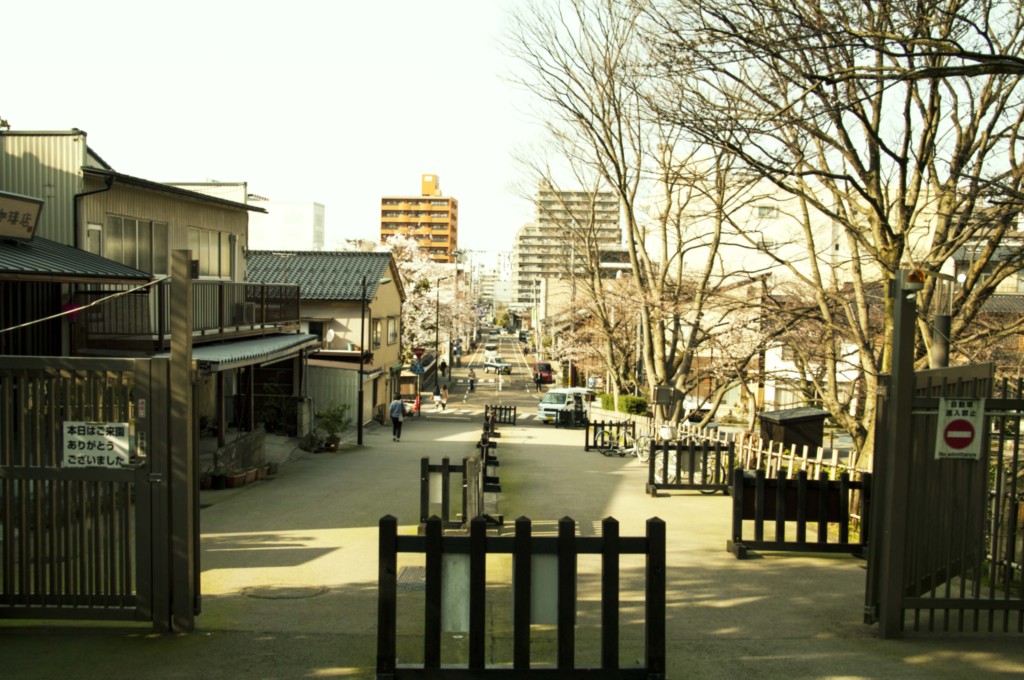 There was a lane of cute little yellow flowers flourishing at the canal. 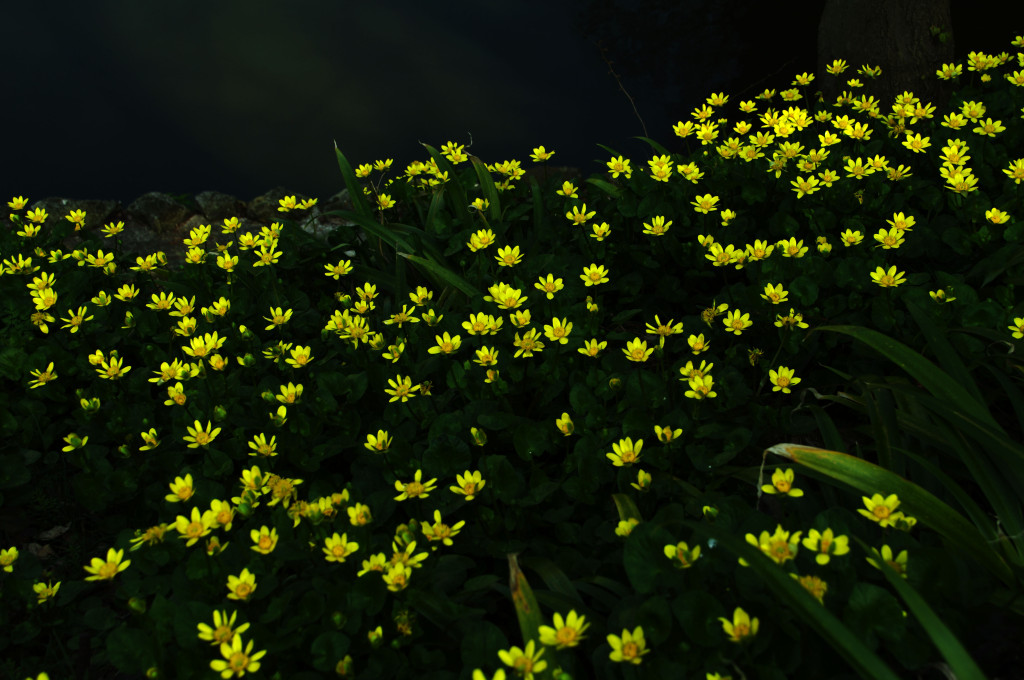 At the park right next door, red ume was making its appearance. 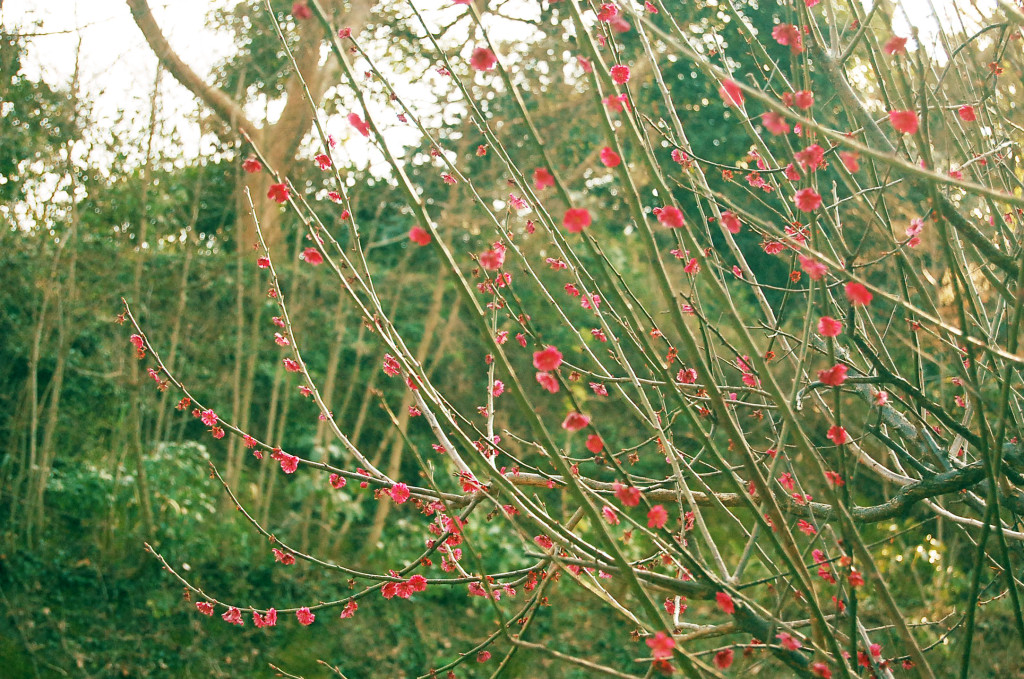 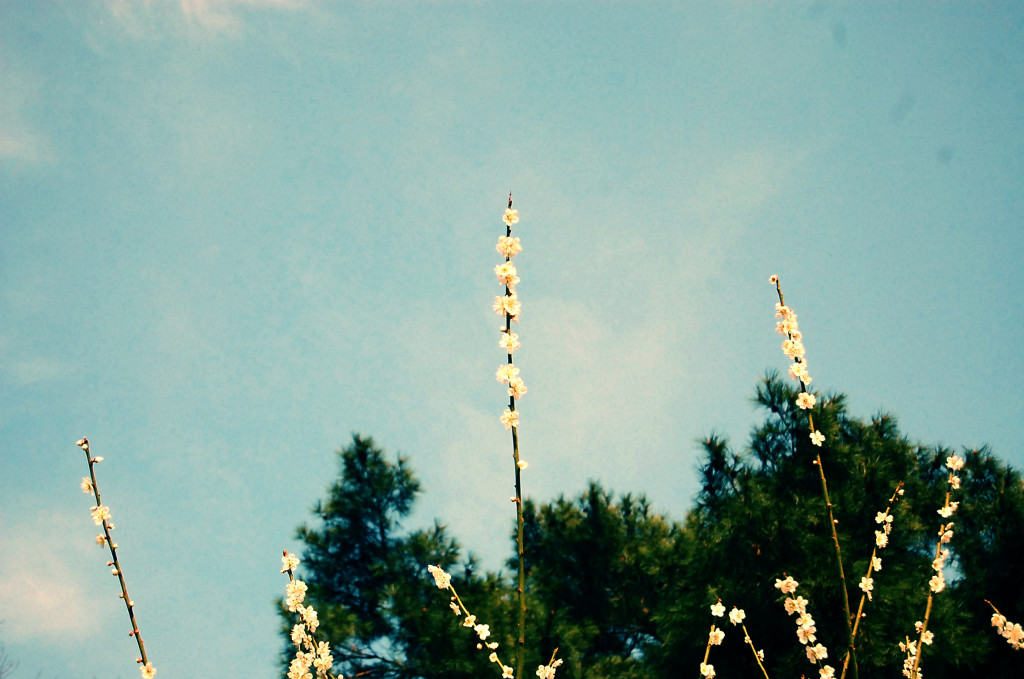 At the large park, people were spending their own relaxed time, invited by the warm spring weather. Far far away, we see the mountains still covered by snow. 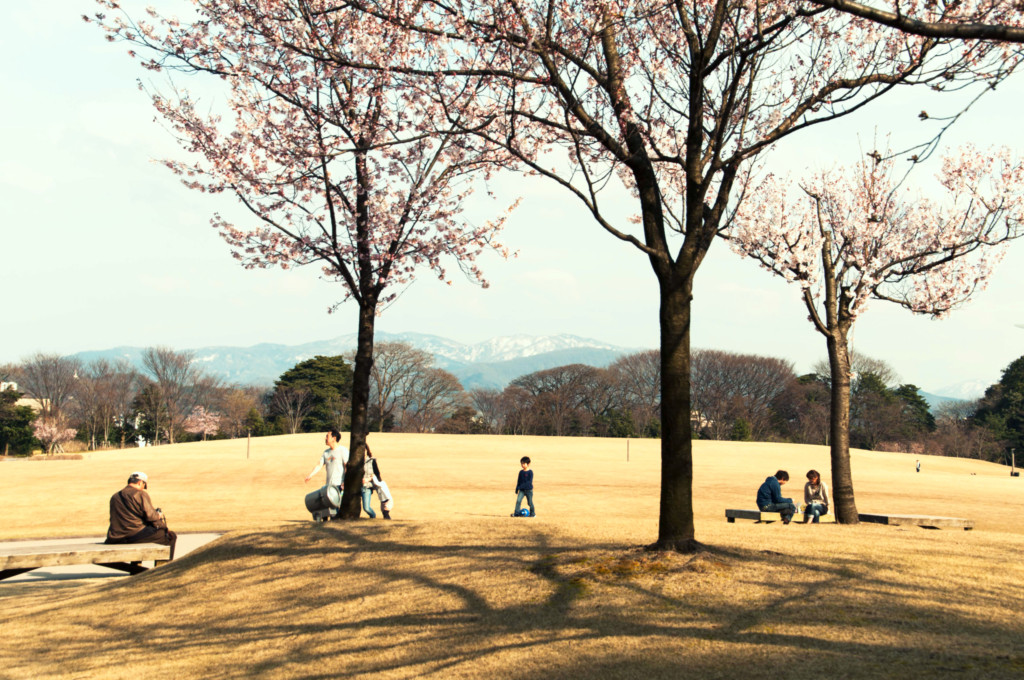 The castle is lovingly surrounded by sakura as well. 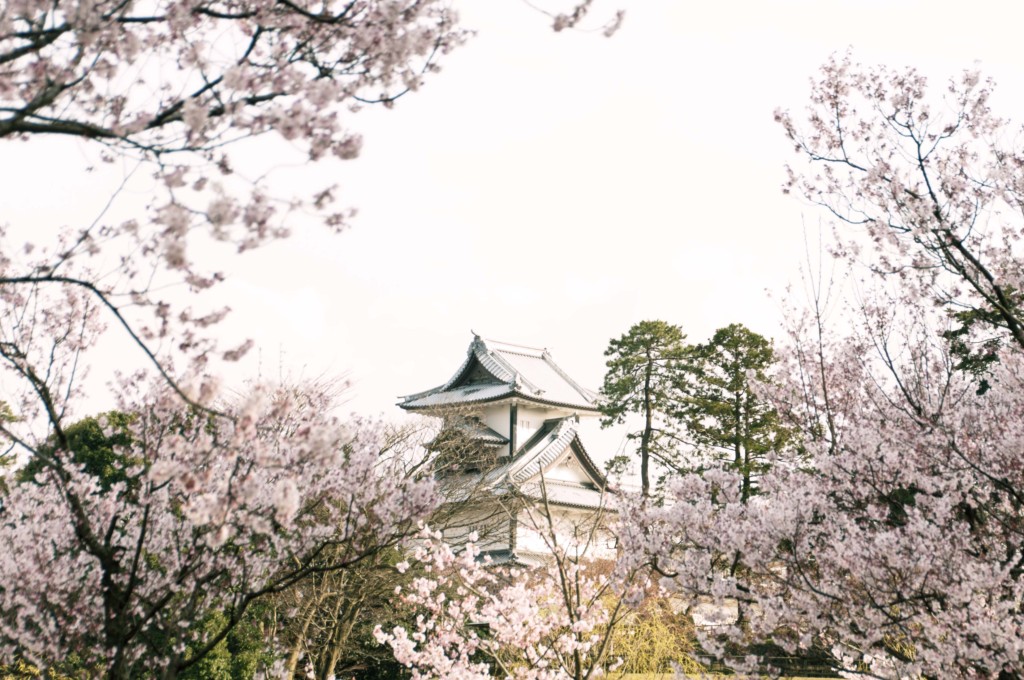 Sakura at some places are not fully blossomed yet. There were many that were still waiting for the best timing to flourish. 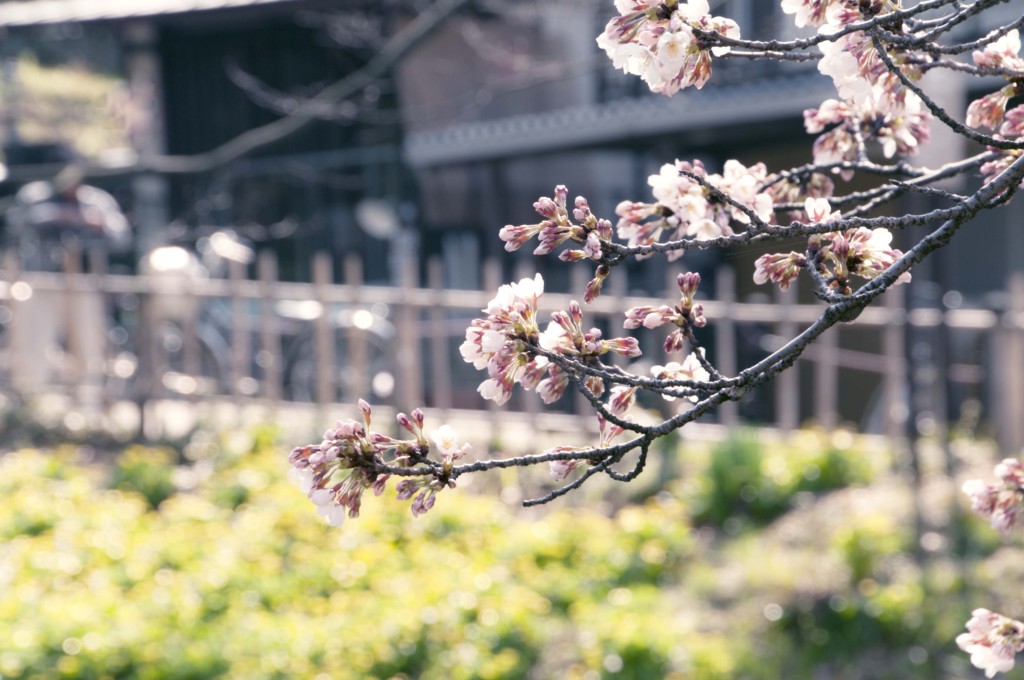 This is a view from a pedestrian bridge that connects the Kenrokuen Park and the castle. The sakura season had just started. Imagine cycling this road when all sakura have fully blossomed. 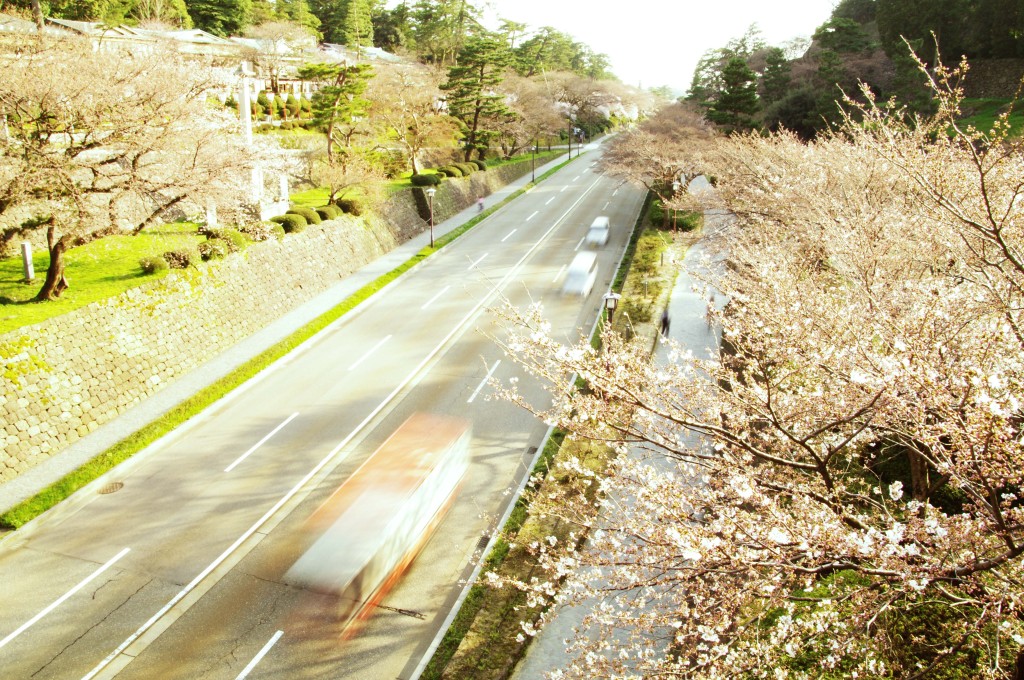 The season is just perfect. Very relaxing and chill after a long winter.

Shiro will not be open this spring yet, but please do visit Shiro to enjoy sakura, ume, and the gracious touches of spring next year.

We hope to enjoy the sakura that leads from Shiro to the black gate, and forget the time at the Kanazawa park and happily watch the world goes by amongst sakura trees. 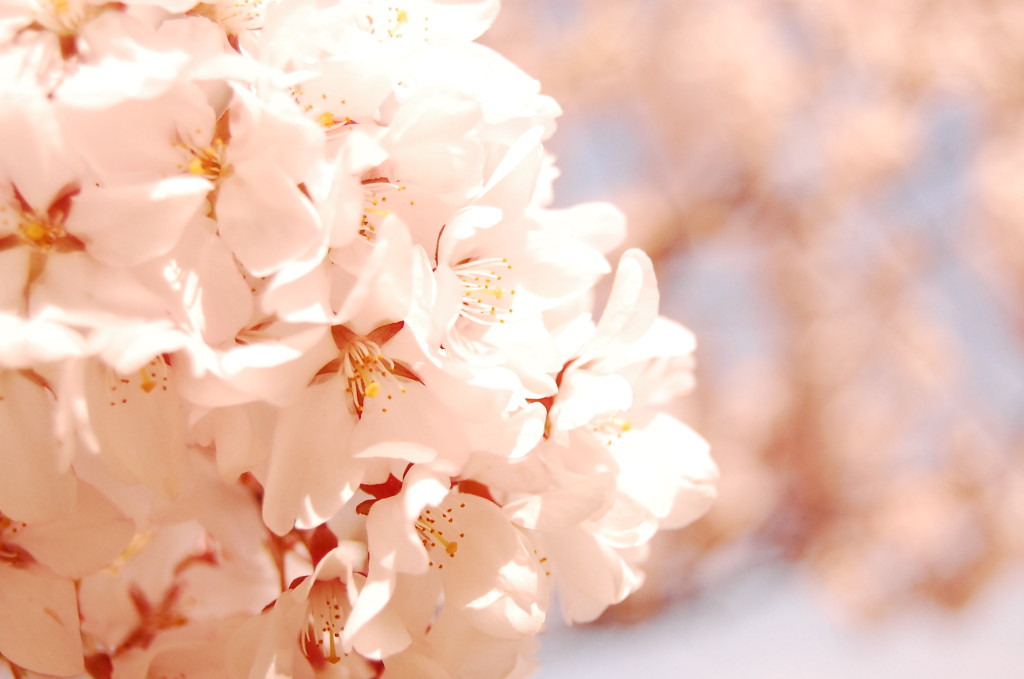 Our renovation work had restarted after a break.

From today, they are digging the ground and flattening the soil base equally.

While measuring the angle with a level gouge, they dig the soil with a power shovel. Later they fill the gaps with a concrete.

At first they strengthen the soil base.

By the way these were things we found in the storage which we hadn’t posted online. 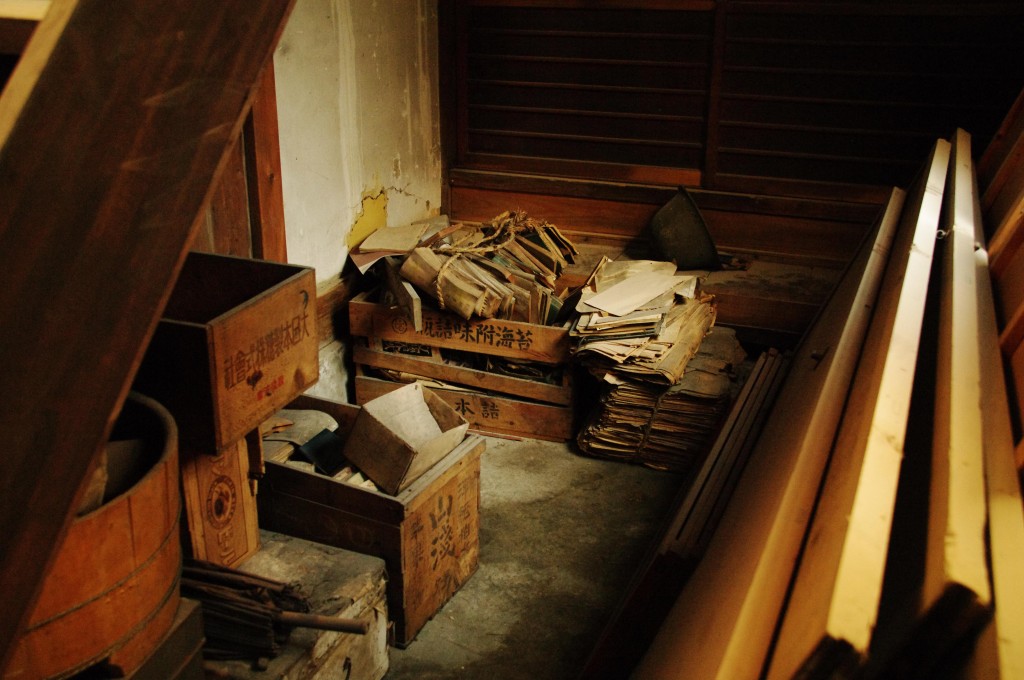 Inside a wooden box there were many old newspapers and books.

Amongst them, there was a box with no label.

We found a set of door nob key holes and keys.

We can guess that the owners loved the door knob. It’s so shiny after so many years.

Which door for which room was the lock located? Maybe the room itself had been a special place.

Hi again, let’s take a look into the second floor.

The ceilings are walls are all gone, exposing the window frame.

Here we can view the beam. Beam speaks of its old history as well.

A wall shown below is quite rustic as well.

So this is how the renovation started; we stripped off to view the structure.

We are making a baby step toward the opening of Shiro. Wonder how the construction begins.

Days pass by as we squeeze our brains to come up with a great interior design and finding the best furniture.

Though a little late, let us update about Shiro on the 9th day of the renovation (February 5th 2014).

Practically the first floor was stripped clean including the walls.

Now we see a clay wall that was hidden behind the walls.

Remember that handsome vault? We had to take it away sadly. 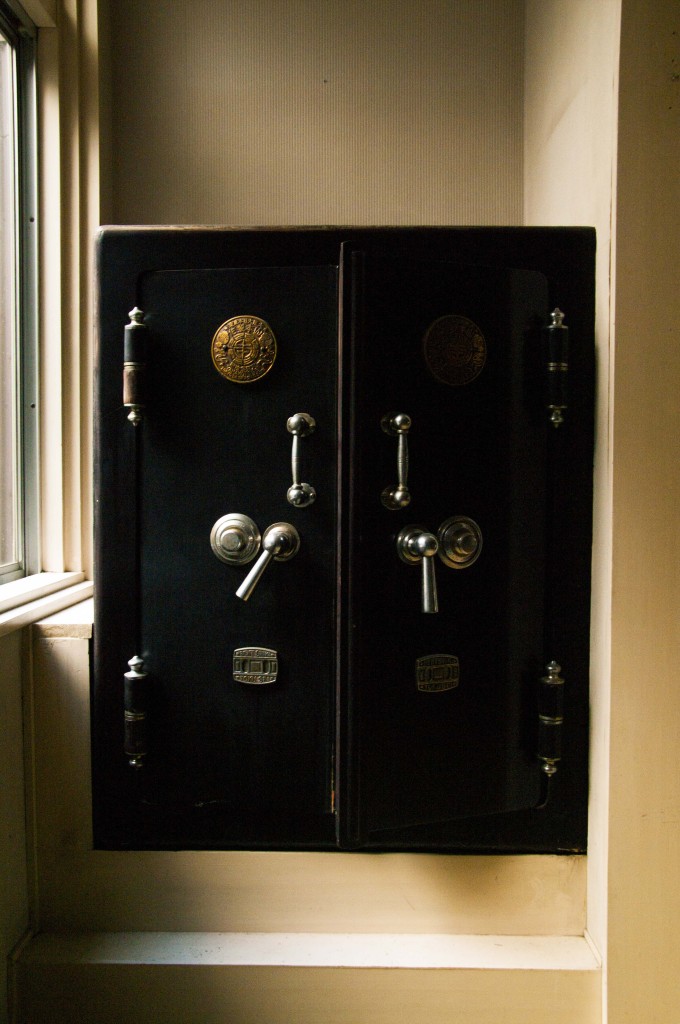 They had a lot of trouble moving this heavy object. They ended up using a cart.

So we got our hands dirty in a forbidden storage and encountered some great founds, including this:

Can you guess what this it?

It’s so-called ‘air-raid hood’ if to translate directly from Japanese.

Like the name suggests, people used to protect their heads with this thin piece of cloth during the war. We found a helmet as well.

And we found this unknown object made out of white ceramic tiles.

We wonder what it is…Was this used during the war as well?

We also found old magazines from hundred years back that were published in Meiji, Taisho, and Showa period, some ceramics, a door knob.

There were some work-related things that may had been used by the prior owners.

We will introduce some other treasures we have found on some other occasion.

The corridor with three bathrooms and water sinks was stripped like this as well.

It’s almost like a different space comparing to the picture taken below before the renovation. 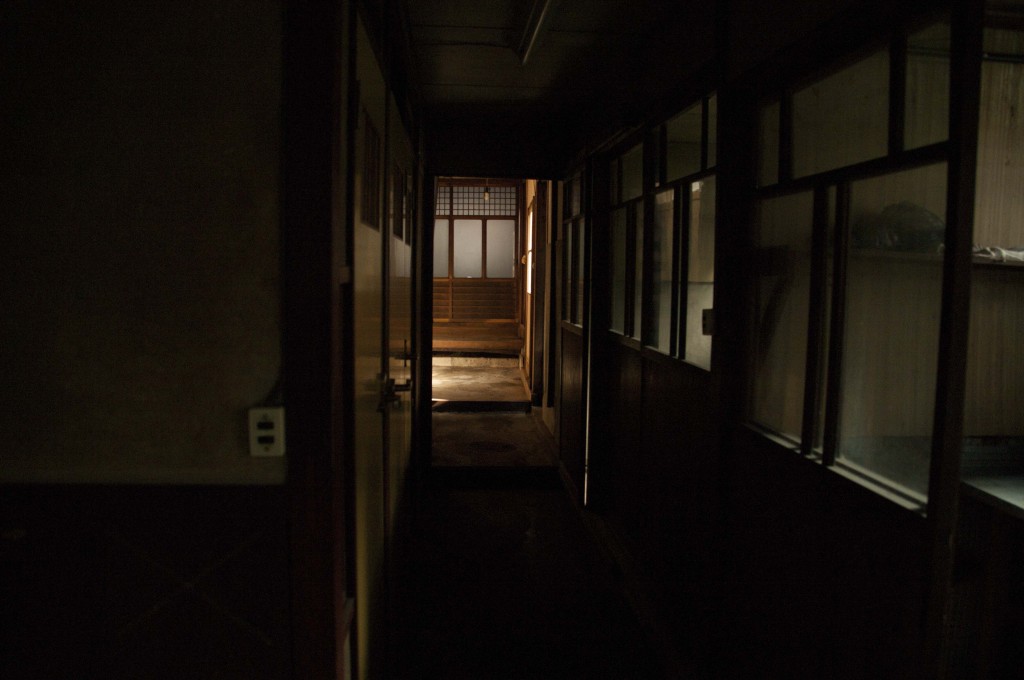 Of course the second floor.

I couldn’t believe my eyes how it changed so much.

We will catch up on that later.